What is Brazos Valley Worldfest?

Many of you, who are probably my personal friends, know what Brazos Valley Worldfest is because I have been talking about it for the last 11 years.  Some others of you may just be getting familiar with it.  Brazos Valley Worldfest started as a community initiative as part of the United States Department of State International Education Week in November each year.

In 2006,Texas A&M University took the lead in organizing a community-wide festival due to its connection with the more than 5800 international students from 129 countries.  The university established an initiative to create a more welcoming environment for its international students, faculty and staff and their families.  What better way to welcome them to the Brazos Valley than to give them an opportunity to share their culture and learn about that of their temporary home.  The mission of the festival was created - To promote and celebrate the international diversity and heritage of the Brazos Valley.

For the next year TAMU found community partners interested in fulfilling this mission by volunteering to create this first-ever festival. By November 2007, the first Brazos Valley Worldfest was a reality.  With 2 stages and 27 culture displays, 3000+ attendees began learning more about the world around them.


In 2009, the festival found its current home at Wolf Pen Creek as well as a great partner in the City of College Station.  The city wanted to have a signature event to make better use of their awesome facilities and Brazos Valley Worldfest filled that bill.  From 2009 to 2013 the festival continued to grow up to 50+ culture displays and attendance of around 13,000. 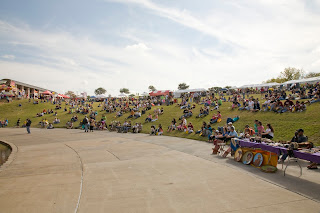 The university provided staff to organize the festival, but always wanted this to be a community event and for groups off campus to participate and take pride in calling theirs.  In 2010, Brazos Valley Worldfest became a 501(c)3 nonprofit.  The festival has always been self sustaining with sponsorships, but now this opened up the opportunity for more grants and revenue opportunities.

In 2010, festival planners began expanding its reach to more than just one weekend of activities.  We began sharing cultural awareness at other events around the community as well as organizing additional programs such as Storytelling in Schools, Culture in the Classroom and Zumbathon.  The ultimate goal is always changing and growing as the festival itself grows.  Hopes for more programs as well as scholarships are still on the horizon.

Since its beginning, Brazos Valley Worldfest has shared international awareness through culture displays, demonstrations, performances, food tastings, arts and crafts, storytelling and more with more than 65,000 attendees.  Each year, more than 80% of attendees surveyed have learned something new about a culture that they were unaware of before attending Brazos Valley Worldfest. 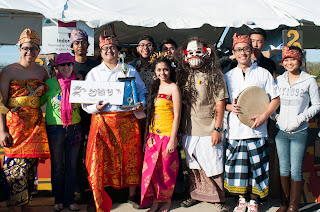 Our next festival will be the 10th annual Brazos Valley Worldfest and planners are already looking to make it bigger and better.  More culture.  More education.  More fun.  We are always looking for unique performers and individuals and groups interested in setting up culture displays.  If you are interested, please email me at contactus@brazosvalleyworldfest.org.  It is FREE to set up a display and we provide tables and tents! 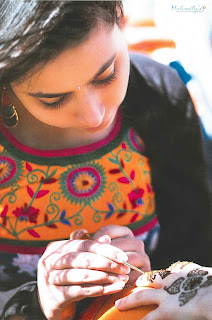 Connecting Cultures.  Honoring Heritage.  Brazos Valley Worldfest has a tradition of celebration and we hope you'll be joining us!  Keep updated by following this blog, liking us on FB and also on our website at http://www.brazosvalleyworldfest.org.

Posted by Unknown at 6:41 AM No comments:

2016 (on the Chinese calendar) is the year of the Monkey starting from February 8 and ending on January 27, 2017.  The Monkey is the ninth of the 12 animals in the recurring 12-year Chines zodiac cycle.

DID YOU KNOW? In Chinese astrology, each year is associated with one of 12 animal signs AND one of the five elements?  Both the sign and element of your birth year are said to affect your personality and destiny.  The element of 2016 is FIRE.  Someone born in 2016 will be ambitious and adventurous, but irritable.

If you are a Monkey, here are some Lucky, and Unlucky things you need to keep in mind.  I hope you took advantage of your lucky numbers on the Powerball!  If not, you know now!!

The Brazos Valley community has a large Chinese population and celebrating the Lunar New Year is a highlight of their year.  Every year the Confucius Institute at Texas A&M University organizes a community Lunar New Year Celebration.  The Chinese culture will be shared through crafts for kids (of all ages!), calligraphy, Kickstart performances from area schools, musical performances using traditional Asian instruments and my favorite -- Lee's Golden Dragon Troup will once again share their incredible lion dance and acrobatic talents.  The event is free.  Brazos Valley Worldfest is again excited to participate with a table on chopstick demonstration.  Come test your skill level!
﻿

Sources:  http://www.chinahighlights.com/travelguide/chinese-zodiac/monkey.htm
Posted by Unknown at 7:35 AM No comments: